What Role Do Global Cities Play in International Connectivity?

At international and regional levels, global cities are becoming more and more significant. From Asia to the rest of the world, huge metropolises dominate the competitive landscape and operate as hotspots in the world economy.

In a short video published by FNEGE Medias, Prof. Ju Hwansung details his research on “global cities”, a hot topic in the business environment. A recognized expert on connectivity, innovation and networks, Ju Hwansung is an assistant professor of International Business and Strategy at EMLV. He received his Ph.D. in 2021 from Temple University.

The notion of a “global city” refers to a large city that is socially and economically connected to other cities abroad. For example, New York, London, Paris, Shanghai, and many others can be considered global cities. They’re getting more and more attention recently, as we now have more fine-grained data at the city level, while each city shows very distinctive characteristics, even within a country.

Regarding economic performance, global cities play their role as the industry’s hot spots. According to Brookings Institution’s report, the 300 largest metropolitan areas accounted for nearly half of the world’s total GDP.

Their superior economic performance can be explained by two important factors: first, well-developed infrastructures attract many people and firms to be concentrated in dense areas, making their business ecosystems active. And second, the global connectivity of the cities provides access to more opportunities and knowledge outside their countries.

At the same time, talented students and employees coming from all over the world offer even more chances to be connected internationally. Consequently, the business ecosystem of global cities can be active and vibrant, both in the city and across different countries of the world. 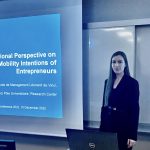 Entrepreneurs on the Move: Findings from a CBS Prize Finalist Paper at the EIBA Conference 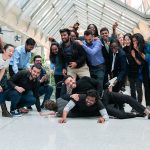 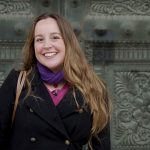