From Almaty, Kazakhstan’s city of apple trees, to Paris, France’s city of lights, Aliya Akpayeva shares her academic experience as a student in International Business at EMLV – Devinci Higher Education.

The current Master’s degree program that I study at EMLV is my second postgraduate education. In September 2020, I became a student at Almaty Management University in the Project Management program.

From Kazakhstan to France: AlmaU and EMLV, two different worlds, a lot of proximity

A year before, I became an employee of AlmaU, where many of my colleagues worked and studied simultaneously. Therefore, the idea of continuing my education seemed to be the best decision I could make at the current stage of my life as it allowed me to:

Being an employee and a student at once gives a better understanding of how our institution functions. Also, during the quarantine period, we all understood how important it is to be adaptable, learn quickly, and how lucky we were to be employees of intellectual labour: our work was not stopped when we switched from the office to home.

Being an academic staff and a student: one can lead to the other

In 2013, I could not imagine being an employee and then a student at AlmaU. So it happened that I returned there once more five years after. But, again, I was influenced by the institution’s corporate culture and entrepreneurial spirit and wanted to take more from it.

This is an intergovernmental project of Kazakhstan and France, quite a good place to study international relations in an establishment that is itself a product of intercultural cooperation of two countries.

In 2018, as a part of my program curriculum, I was an intern at AlmaU for six months. Then, I worked in Institute Sorbonne-Kazakhstan as a directors’ assistant in the 2018-2019 academic year. I graduated in June 2019 with a Master’s degree in International Relations in the “International dialogue in the context of globalization” (INALCO) program.

I believe that my previous work experience in higher education in ISK, knowledge of English and French languages, and cultural awareness helped me adapt fast to the working format of AlmaU and dare to continue my education.

I graduated with a Bachelor’s degree in Foreign Philology at Kazakh National University named after al-Farabi in 2017.

This semester, I worked from a distance part-time in AlmaU and studied full-time at EMLV, for a Master’s in Management  with a specialisation in International Business.

In AlmaU, I have been a manager for rankings and accreditations in International Cooperation Department since September 2019.

It is funny to remember, but I was employed in AlmaU after the third attempt: my candidature was considered for two different positions, but I eventually started working in another unit. In addition, I was on M1 two times; this was the third M1 semester in my life.

Higher education at EMLV: attracting able minds from across the world

Various small reasons in my background finally became a strong one and led me to EMLV.

Firstly, being a postgraduate student of Institute Sorbonne-Kazakhstan, I had an opportunity to travel for a short period to a French university – Université de Poitiers. So, I visited France twice: once in winter 2019, once in summer 2019. Thus, the next time I got the chance to study via an academic mobility program, I considered France in general and Paris in particular. Unfortunately, the last two times, I didn’t manage to visit La Defense, so this time I was glad to find out that the campus of PULV is located in this modern place.

AlmaU has partnered with PULV in student exchange and double degree programs for several years. I attended that presentation by the PULV representative as an employee. 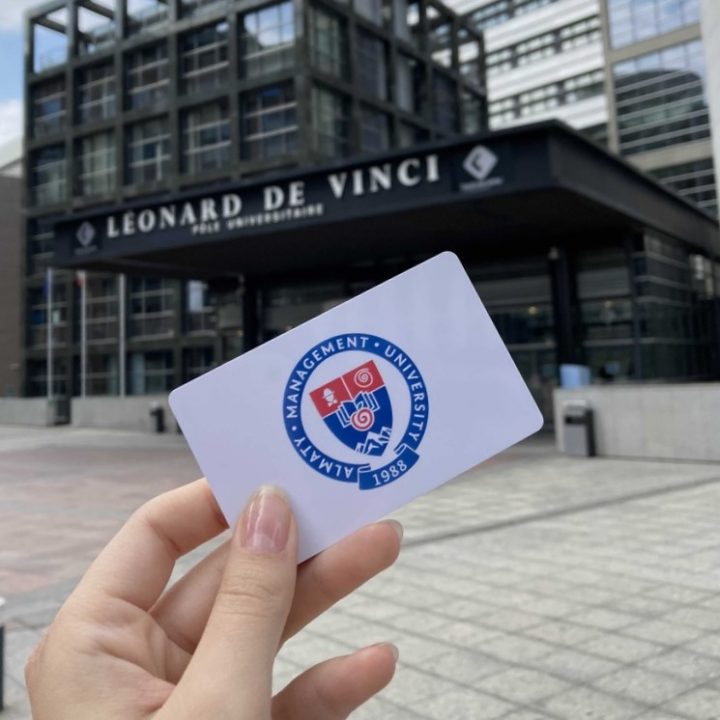 Moreover, a girl from the Management program at AlmaU, Meruyert Ibraimova, is now on a double degree program, so she stays in EMLV for the rest of a year. And for a spring semester, one 3rd year student from AlmaU will come to EMLV.

Finally, I have a friend from my previous institution and one close friend from school who has studied and is now based in Paris. I have learned the French language at school for several years. Also, when I studied at KazNU, I attended courses of Alliance Française without having an idea that I would need this language quite much soon. At that time, it was an occupation for the soul, additional training for the mind.

What is like being an international student at EMLV in Paris?

I think it was precisely that student life I expected to find when I entered my first year of Bachelor’s studies back in 2013 and was searching for since then.

Although I did not have a chance to study abroad in an academic mobility program at the beginning of my academic studies, my first institution on undergraduate studies was not very active in promoting such opportunities among students.

The institution’s rules permitted us to travel abroad only for ten days on a postgraduate program at Institute Sorbonne-Kazakhstan. We were all on the governmental scholarship, and the funding covered mainly transportation costs. Therefore, I lived with a doubt whether I could manage to study abroad full-time for several months, not on a short period program or a summer school, but a complete university semester.

Such life requires diligence in learning and middle-term life and budget planning skills.

First of all, I was glad that we could study offline most of the time. At the same time, some online classes allowed adjusting life energy and time. It is easier to wake up for the online courses at 8:15 than to physically be in class at the early hour, especially when it is dark and cold. So, I also experienced that real blended learning sense.

The level of technical support for online/offline/blended learning needs at the Devinci Higher Education is very high, as well as the skills of the faculty.

In general, the physical conditions are very comfortable for learning. Even the lighting and classroom temperature matter, as I had experience learning in cold auditoriums, poorly equipped rooms, and rooms with no windows: it was not pleasant.

Normally, I compare the level of teaching here and back in Almaty. I cannot say that it differs much. However, our professors made the content more precise, well-formatted, and visually decorated due to the length of a course (6 sessions in a course).

The schedule here in EMLV is utterly different from one in AlmaU. We had 15 sessions of one course (and fewer courses, though) with the same frequency every week. Nevertheless, the difficulty of the material and density of content seems the same.

Here in EMLV, I studied in the International Business 1 group. I should have taken the 5th year classes, but I couldn’t adapt my student visa length to the academic calendar, making me switch to the 4th year.

However, the subjects I learned about are exactly what I needed in my work life and would like to attend.

In the beginning, many international students became friends faster than with French students, who probably studied together previously and found a common language more quickly. After some time, the work in different teams lets us know each other better. In the end, people tend to interact closely with those like them.

One thing is to be an international student from a neighbouring country, another – from a distant place. We got used to that people could not have heard about your country, nation, they will not be able to point your country on the map. I hope that our acquaintance in the university will leave a trace for the future generations in this case.

My future plans? I return to Almaty, will finish my last semester in AlmaU, struggle to write one more Master thesis and (I hope) will graduate in summer 2022. I plan to continue my work in the International Office and the education sphere because it is precisely what I believe in.

I hope to start teaching myself apart from managerial and administrative work one day. To become a good academic faculty, you need to gain some practical experience to share.

Study abroad in France: learn French and be humble

Being a student in France without knowing the French language is a bad idea. It is better to come with knowledge of people’s language, city, and cultural particularities. Of course, you will learn a lot once you’ll get here. It is just good to be ready for things you did not expect to see or meet.

Your new classmate’s background is a treasure they can share with you. You gain confidence in world and culture-awareness as you cooperate with people from different countries. In some aspects, we are so alike regardless of any identity differences. In others, finding our differences – we make each other experience richer.

Be more respectful and attentive during the classes, participate, and be involved. This education and its decent level is a social privilege that many other young people will never have in other parts of the world.

Hundreds of administrative staff and faculty dedicate time of their lives and their best efforts to organize and function such an entity as a university.

It is not just a building and some knowledge given inside. It is a product of many hours of work to make this machine function properly and organized. 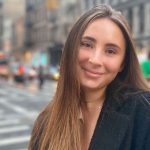 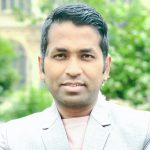 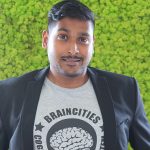