Studying abroad is such a roller coaster experience, especially for international students who are usually a source of fascination among locals, classmates, and teachers. People are instantly drawn to them and want to know everything about them, even if it gets awkward.

Studying abroad is unforgettable for anyone who attempts it, yet for many, it’s adapting to a foreign language that isn’t their own which can be a hassle, and also facing questions like these on a daily basis that can really drive anyone crazy. So here are some fun inquiries only international students can relate to, some are blunt, others can be just silly.

What’s your accent? It’s so exotic!

Well, it’s just an accent isn’t it? But somehow it’s one of the first things people will pick up on. And because they don’t necessarily recognize it instantly, it’s often a guessing game and one of the first questions international students get asked.

Can you teach us to say something in your language?

One of the most expected and predictable questions but also entertaining because it creates a bonding experience between peers where the anwsers usually end with a couple of fun phrases and become inside jokes that everyone remembers in the future. Whether it’s in classes, in an outing, or just a networking experience, hearing questions like this becomes the norm. Although it may get repetitive, international students always answer them with a big heart. However, this question can have a different variation like being asked to speak the native language or accent just for entertaining purposes which might lead to a variation of comments such as: oh that sounds so funny or ohh that’s so sensual… and the word could be as simple as “potato”!

I know someone from (pick the country of choice)! Do you know (insert name here)?

Well, even the smallest countries count thousands and thousands in population so what are the odds of actually having people in common. It is statistically rare to randomly meet someone you know by just walking down the street, let alone meeting someone who knows someone you know back home!

Can I come visit your country?

This question is always heartwarming, even though the majority of the time the person asking doesn’t really mean it, but the excitement and curiosity are always nice to hear, especially since the international students who left their home behind to pursue studying abroad are very proud of where they’re from and tend to overshare their love for their culture and country of origin.

Studying abroad? What’s wrong with the education in your country?

Nothing! But sometimes students want to expand their horizons and discover new cultures, new people, and dive into their field of study in a way that might not be offered in their home country. In fact, studying abroad may be one of the most beneficial experiences for a college student and the advantages go beyond the classroom: they get to learn new languages, boost their creativity, discover new professional opportunities by networking and stepping outside of their comfort zone.

What are other questions that international students get asked? 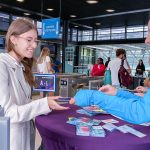 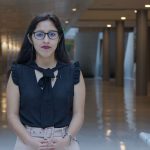 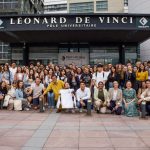