EMLV is up two places in the ranking of business schools with a Master’s degree published by Le Point, compared to 2019. In the ranking published on 20 February, EMLV’s Grande Ecole programme EFMD Master-accredited ranks 3rd among schools recruiting after the baccalauréat (Bac+5 – Master’s degree).

Each year, the ranking from Le Point magazine completes the students’ toolbox for orientation at school. After the rankings of L’Étudiant and Le Figaro, here comes the ranking of business school diplomas conferring the Master’s Degree produced by the editorial staff of Le Point.

In 2020, EMLV gains two positions compared to 2019 and climbs to 21st place in the ranking, all entry levels combined. Among the criteria used by Le Point, EMLV Paris stands out particularly in two areas: entrepreneurship (6th out of 37) and international development (20th place).

37 establishments awarding a bac+4 management diploma approved by the State or a bac+5 to which the State grants a Visa and a Master’s Degree have been prioritised by Le Point.

The methodology of Le Point magazine: 6 reference values for EMLV

In order to establish its ranking for 2020, the drafting of the Report looked at the same criteria as in 2019:

One of the important criteria in all national business school rankings: EMLV’s pedagogy proposes a transversal approach of the three schools in the group (EMLV, ESILV, IIM), individualized coaching, concrete projects and teaching in small groups. Soft skills and sports practice are at the heart of EMLV’s pedagogical project. 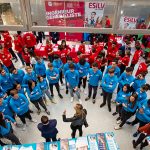 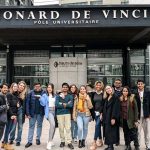 MBA, MSc, Masters: Which One’s Right for You? 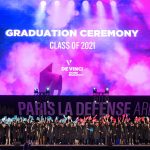