“House of the Dragon” vs ” Rings of Power”? Which One is Better?

Two titans of the fantasy realm reignite an ancient rivalry for the throne of popular culture, HBO’s legendary Game of Thrones prequel House of the Dragon and Amazon’s formidable Lord of the Rings adaptation The Rings of Power. Both sides battle it out, each wielding its own strengths and limitations. But in the end, only one will remain standing, claiming ultimate victory over the other. Who will emerge triumphant?

This is the question Natalie Jarvey – a Hollywood correspondent – explores in a Vanity Fair article about the “battle of the genre shows” between HBO’s House of the Dragon and Amazon’s Rings of Power. Interviewed by the magazine, Julie Escurgnan, a researcher and professor in charge of the Creative and Cultural Industries Management specialization, gave her opinion on the war between the two fantasy behemoths.

Comparing and contrasting “House of the Dragon” and “Rings of Power”

On air since August 21 on HBO Max, the platform of the American group Warner Discovery, the prequel to the Game of Thrones saga sees a formidable competitor arise from the world of the Lord of the Rings: The first series adapted from the universe created by J. R. R. Tolkien has been released on Amazon Prime Video on September 2. It is available in 240 countries and dubbed in thirty-three languages.

According to Vanity Fair’s article, comparing the two shows is challenging, like comparing apples with elfin oranges. Both programs are based on novels that have dedicated fans, but otherwise, their differences outweigh any similarities. Platforms and data accessibility play significant roles in the compare-and-contrast process.

Among the differences raised between “House of the Dragon” and “Rings of Power” is the popularity of each show. HBO reports that House of the Dragon acquired nearly 10 million viewers from the US alone when it was released on August 21, setting a record for the most-viewed new TV show in its history. Shortly after, Rings of Power was broadcasted to 25 million global viewers, becoming Amazon’s most-watched new show. This information suggests that both of these shows were successful in their own right, however, it’s hard to tell which one enjoyed a more successful opening.

Julie Escurignan’s take on House of the Dragon’s success

Julie Escurignan, a researcher on Game of Thrones fans, observes that Dragon’s season 1 is “a throwback in time.” She mentions that audiences have a “nostalgic” longing for a show everyone watches. “There is an urge to feel like before [the pandemic]. House of the Dragon is allowing us to do that“, Julie says in Vanity Fair.

Dr. Julie Escurignan holds a Ph.D. in Media Studies from the University of Roehampton and a Master’s degree in Communications from CELSA Sorbonne University. Her research focuses on the links between fans and cultural industries, and more specifically on fan experience and practices (merch, tourism, cosplay, conventions…). She is the author of several articles and book chapters on successful series such as Game of Thrones and Black Mirror. 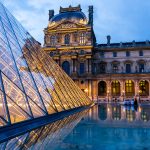 The Most In-Demand Arts and Culture Jobs in Management 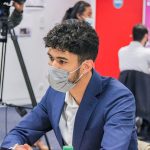 The 3 Common Obstacles the Creative and Cultural Industries are Facing