La Défense, Second Business District in Europe, Right After the City of London

EY and the Urban Land Institute (ULI) have recently published the first barometer of attractivity for worldwide business districts. Paris La Défense ranks number four in the general ranking and number two in Europe, closely following the City of London.

EY and ULI audited 17 business districts throughout the world. Placing first, the City of London, followed by New York City Midtown, Marunouchi in Tokyo and Paris’s business district, La Défense. Another proof that business school EMLV is right where the action is.

The new factors of attractivity

La Défense, the City of London, Canary Wharf, Central District, Bankenviertel… make the headlines of financial newspapers almost daily. But what exactly is a business district?

An identified urban area with a high concentration of strong added value service activities, within a major metropolis.

The barometer is based on more than fourty quantitative indicators divided into main categories, among which the capacity to attract talents, quality of urban life, proximity with markets and clients, reputation as place of power and influence both locally and internationally and quality of real-estate.

Ernst and Young and the Urban Land Institute’s barometer has shown that decision-makers consider the capacity to attract talents as the most crucial when evaluating the influence of a business district. The human capital is widely favoured over other considerations such as life quality, real estate or market proximity.

Paris La Défense is Europe’s largest business district with 3.6 million m2 and 72 buildings in which 180 000 people work everyday. Paris’s business district is a tough competitor and is doing well on many levels: number of highly qualified positions, transportation and easy access to academic and scientific poles – just like EMLV and its fellow schools ESILV and IIM. Another major advantage is the proximity of Paris and its touristic attractivity.

La Défense is home to 1500 companies, 15 of which are among the 50 best in world rankings. 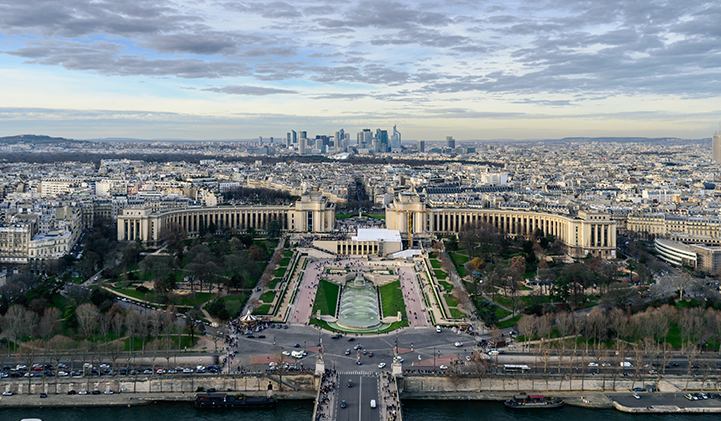 When it comes to real-estate, La Défense ranks high, just behind Singapore, thanks to attractive prices for such a big metropolis, added to a will to renew the stock, with a particular effort made on energetic and technologic equipment.

A higher attractivity around the corner

La Défense will have to do better on a few points in order to rank higher in the next barometer. The urban quality of life is one of them: more services, leisure and cultural opportunities are expected. Creating employee loyalty is another key, as well as managing to attract more start-ups.

Paris’s Business district will soon host the new headquarters of the European Banking Authority (EBA), which is about to leave London due to Brexit. Multinationals are also looking to relocate to Paris for the same reasons: HSBC and Bank of America. 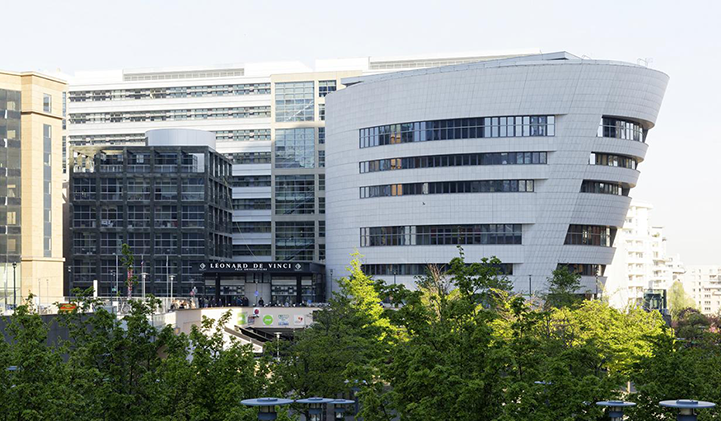 A business school in the heart of Paris La Défense

EMLV is located right in the business district, on a 58 000 m2 campus shared with engineering school ESILV and web and multimedia school IIM. Its neighbours are Engie, Total, CapGemini, Areva, Allianz, EDF to only name but a few. For business school students the promity of multinationals is a one of a kind opportunity to network. With over 180 000 daily commuters, the area is extremely well-served by public transportation: metro, tramway or train with Paris or suburban destinations. This concentration of workers is a chance for EMLV students, who will find all services within the same area: restaurants, shops, medical practices and banks.

Moon and lights, view from our campus ! Come visit