EMLV Business School researcher Charles de Grazia won the Academy of Management (AOM) Best Paper Award for the Technology and Management Division at the 2022 annual meeting in Seattle. The evidence presented in his study helps policymakers and stakeholders better understand the relationship between intellectual property and inventor outcomes, especially for an influential yet understudied group, such as independent inventors.

AOM’s annual conference is one of the main events for management and organization academics, bringing thousands of scholars together to present, discuss, and engage around management research over the course of several days.

Independent inventors, or inventors that are not affiliated with an organization, have made outsized contributions to inventive output and economic growth in the United States. Although the share of patents by independent inventors has fallen substantially since the mid-20th century, these individuals are still responsible for many of the creative insights that power the modern economy.

A recent study by a team of researchers,[1] including Charles de Grazia of EMLV, analyzed the role of intellectual property, specifically patents, in mitigating financial and other frictions that independent inventors face in developing or commercializing their inventions.

The study, which won the Best Paper Award for the Technology and Management (TIM) Division at the annual Academy of Management Conference in August, estimates the causal effects of patenting on three inventor outcomes: relaxing patenting-related financial constraints, selling patents in markets for technology, and connectedness with firms.  The authors employ a unique empirical strategy that exploits the first randomized control trial (RCT) performed by the U.S. Patent and Trademark Office using an instrumental variables framework.

The results show that receiving a patent increases the use of legal representation for subsequent patent applications (an indicator of relaxed financial constraints), facilitates patent sales, and in certain cases, allows independent inventors to connect with first-time and established firms. These results demonstrate that patenting lowers the barriers to successful innovation and commercialization for independent inventors.

The evidence presented in this study will help policymakers and stakeholders better understand the relationship between intellectual property and inventor outcomes, especially for an influential yet understudied group, such as independent inventors.

[1] The team of researchers includes Charles de Grazia of EMLV, Nicholas Pairolero, Peter-Anthony Pappas, and Andrew Toole of the U.S. Patent and Trademark Office, and Mike Teodorescu of the University of Washington. 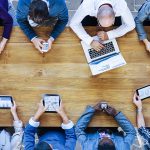 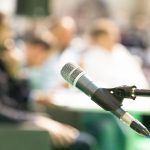 Does the Business Roundtable really open the door to CSR? Evidence from Shawn Pope 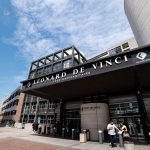