The Introvert’s Guide to Making It in Business School

In a world that can’t seem to stop talking, there’s a quiet power certain personalities possess that separates them from the rest. Business schools usually scream “extroverts”, and even though it’s a place for individuals to thrive, a lot of introverts follow the  “fake it until you make it” rule and they have a number of strengths that can prove invaluable throughout business school and beyond but that no one talks about.

Between the group projects, networking events, and internship interviews,  extroverts tend to stand out when it comes to human interaction, but for the talented introverts out there,  here’s a guide to thriving in business school.

If you’re an introvert surrounded by an atmosphere that requires constant participation, then you might be familiar with the skill of temporarily adapting or studying your own behaviors in a variety of social conditions. When you know you have a strong idea or the best approach to a group project, it will be important to tap into the traits of an extrovert to get others on board. In fact, extrovert peers or even employers can play an important role in supporting this skill by giving introverts the freedom to be themselves, which is how they do their best work.

While extroverts draw energy from interactions with others, introverts recharge by taking time to themselves.  If you do not stop to recharge, you will run out of energy to be productive during your studies, projects, and interviews. Taking frequent breaks will not only help you recharge but also better organize and prioritize your schedule so that you never reach a point where you’re overwhelmed. Being drained in this case is called the “introvert hangover”, which usually comes from spending a lot of time than you’re used to around others.

As an introvert, you definitely have the natural ability in making allies in business school rather than force their hands, and that has its own advantages. When you think about networking during your studies or even building connections with your peers, you always think of building long terms relationships.

By embracing their soft powers, introverts are debunking some of the common misconceptions people have of them:

Why is Business School the Right Place for Introverts?

Well, breaking the status quo is becoming a very attractive trait for modern business schools who first and foremost admire intelligence, and thinking before you speak is a sign of intelligence, restraint, and judgment. This will come in handy when pursuing an MBA in particular, as it requires solving complex business problems with attention and analysis.

Because of your contemplative nature, you’ll find yourself offering a thoughtfully considered opinion and argument, which ultimately adds value to the business school you’re attending and the courses you’re taking. MBA students are most successful when they self-monitor and self-reflect. In a classroom environment, it is not possible for every voice to be heard at once, so the best learning occurs when extroverts express themselves while allowing those who are slower to contribute step forward.

This is where EMLV offers a safe space for students from across the world to express themselves and achieve their full potential. The business school believes in allowing each individual to stand out in a changing world while thriving alongside different characters and personalities.

In the highly competitive business world, it’s common for you to go through periods of self-doubt. But remember, you will always have a healthy support system at EMLV that believes in your skills and in your soft power! 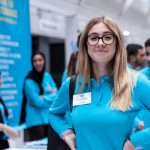 Do Business Schools Need to Go Beyond Business? The Answer is Definitely Yes! 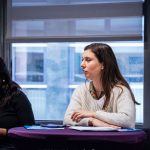 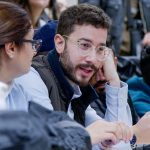