Philip, student from the Copenhagen Business Academy in Denmark, study in Paris at EMLV in exchange program

Philip is Danish, from Copenhagen. He studies at the Copenhagen Business Academy and is in international exchange at EMLV.

My name is Phillip Gotfredsen. I’m from Denmark, Copenhagen and my university in Denmark is called the Copenhagen Business Academy. I’ve chosen an international exchange program because I think it’s the idea of learning new things while getting to know another culture, another language was very nice and I thought it was a nice opportunity for me. I like France, in particular Paris because I like the culture here, I like the food of course, the wine and also just the people and I want to learn French as well so that was also one of the factors for me.

I’ve chosen this university because that was one of the partners of our school but it was also a as long term partnership with but a lot of good experiences. So everything we heard from home was really nice and we got recommended by a lot of people.

What shock me or give me an impression here in France so far, has maybe been the culture of being slow or… you know not so service-minded but also sometimes it’s in a good way.

It’s a another experience than in Denmark and whether we are at the supermarket or at a restaurant, it’s just more relaxed and that’s also what are the nice things about the culture I think. About Paris, I think mostly almost, only good impressions and I think the thing about… it’s kind of a big city compared to Copenhagen and all the “arrondissements”. It’s very nice. There’s so difference you know you can take like the Metro for five stops and then it feels like going in another small city. And that’s pretty impressive when… compared to our small country and cities.

In EMLV, I like the… so far, I like almost all the courses, you know. We have a lot of courses compared to what we’re used to but the… they are all… very compelling… yeah, ok. And we have… we like the teachers and especially all the mix between international students and French people. It’s very nice and I think the French people are so forthcoming and nice to talk to.

I live in Montmartre, close to “La Chapelle” metro station, with two of my friends, in a small apartment. It’s pretty nice as well. It’s also one of the… it’s a very multicultural place which is also one of the beauties about Paris that it is so different from begin yeah, from… yeah “Le Marais” and another place we went, so it’s a nice place.

I have an advice maybe… that advice would be like the apartment part you have to really look into it before you decide. Then you have… maybe you have to go here before, just check it out. So you’re sure you’re not getting any surprises. We’ve got some surprises at our place but the… beside the message was just be to come here because it’s really nice place to… nice city to live in and study in and then the French language is nice to learn when you get to learn it… hopefully. Yeah, just come here ! 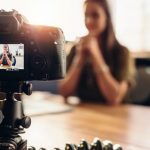 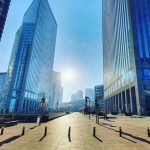 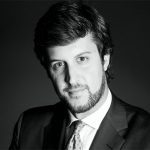