The Erasmus Student Network has a new member: the association in charge of welcoming foreign students in the three schools of Pôle Léonard de Vinci. One goal: supporting and fostering student exchange.

EMLV students spend their third year abroad: one semester as incoming student in one of EMLV’s numerous international academic partners and a six-month internship, abroad as well. EMLV welcomes international students on its campus during a semester or a year.

The perks of being a member of ESN

Son-Ha Nguyen and Wilhem Guillaume, both board members of the association, have worked several months on the application for ESN, supported by the International Relations department of Pôle Léonard de Vinci. Over the last months, they have met with members of the network and ESN French office.

Son-Ha Nguyen and Lucas Jacq, vice-president of the association, have been invited to attend ESN France’s general assembly in Corte, Corsica. On this occasion, they presented the association and expressed their interest in joining the network. The members voted in favour of their membership.

Being a member of ESN will help the association welcome incoming students and prepare outgoing students of EMLV and Pôle Léonard de Vinci’s two other schools to prepare their academic stays abroad.

By joining Erasmus Student Network, the association will take part in international events such as the Erasmus International Games, a way to enhance the schools’ visibility locally and internationally.

Created in 1990, the ESN gathers 900 higher education institutions in over fourty countries. Each year, 220 000 international students get support from the 40 000 students involved in the Erasmus welcoming associations.

ESN represents the interests of international students on the local and international levels. The network supports outgoing students but also students who can not spend time abroad by helping them live an intercultural experience in their home country.

Moreover, ESN supports students who come back home after a stay abroad, through a reintegration process. 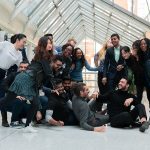 5 Mistakes International Students Make (and How to Avoid Them) 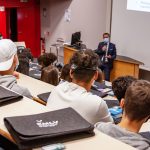 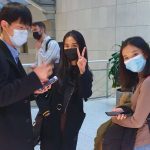 Welcome To France, To Paris, And To Your Life at Devinci Higher Education!